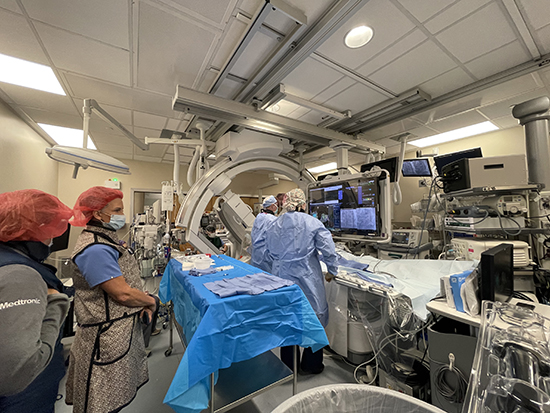 This commercial procedure is the first in the United States that uses first-of-its-kind ablation technology. (Photography: Alicia Hegwood)

Tom McElderry, MD, chief of Cardiac Electrophysiology in the Division of Cardiovascular Disease and cardiologist at UAB Medicine’s Cardiovascular Institute, led the groundbreaking procedure. McElderry andWilliam Maddox, MD, a clinical cardiac electrophysiologist at UAB, were co-primary investigators for the clinical trial that led to this device receiving FDA approval.

“This new technology is another advancement to allow us to provide world-class, cutting-edge care to each of our patients at UAB,” McElderry said.

The DiamondTemp Ablation system allows for a minimally invasive approach to treat atrial fibrillation (AF), a condition in which a quivering or irregular heartbeat can lead to blood clots, stroke, heart failure and other heart-related complications. AF affects nearly 6 million people in the United States, and when left untreated, patients are five times more likely to have a stroke and an increased chance of developing heart failure. This new solution is for patients with recurrent AF who have been unresponsive to drug therapy. 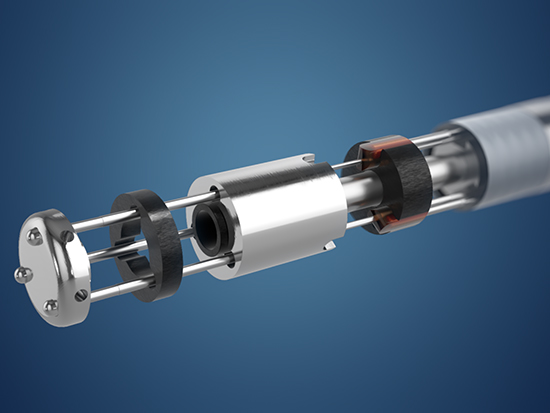 AF ablation allows for electrophysiologists to create scar tissue, using heat, to interrupt irregular electrical signals in the heart and restore normal heart rhythm. The DiamondTemp Ablation catheter is embedded with industrial-grade diamonds, which have 200-400 times greater thermal conductivity when compared to materials used in conventional radiofrequency ablation catheters. This is currently the only open-irrigated catheter with industrial diamonds to optimize power based on tissue temperature.

“The DiamondTemp Ablation system allows physicians to understand the real-time tissue temperature and better control therapy delivery during ablation procedures,” McElderry said. “It allows for improved efficiencies including shorter overall ablation times and individual RF ablation application, which are important for both the well-being of the patient and the productivity of the physician and lab staff. We are really excited to be able to offer this technology to our patients.”