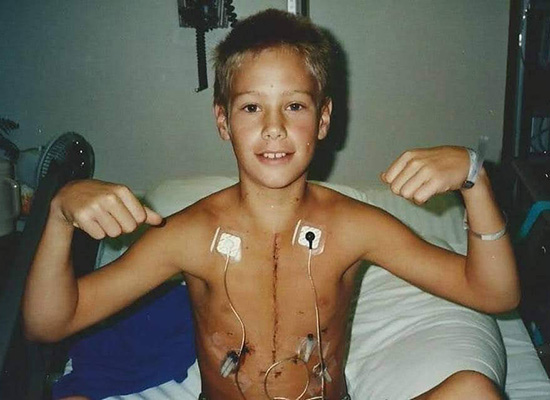 After having three open-heart surgeries, six cardiac catheterizations, five blood clots and two valve replacements all by the age of 13, Seth Wharton has overcome many obstacles and celebrated multiple achievements in his life. Now at the age of 44, Wharton has a new achievement under his belt — a Guinness World Record.

Wharton, a former patient at the University of Alabama at Birmingham, was recently named the Guinness World Record holder for the longest survivor of an artificial double heart-valve replacement. Wharton, a resident of LaVale, Maryland, received a double heart-valve replacement at UAB Hospital on Oct. 2, 1990, making him the longest survivor at 31 years and 238 days, according to Guinness World Records.

“To live this long after a double heart-valve replacement is a remarkable outcome for Mr. Wharton,” said James Davies, MD, director of the UAB Cardiovascular Institute and the Division of Cardiothoracic Surgery. “Cases like Mr. Wharton’s are the reason our cardiothoracic surgeons work to provide the best possible care to each of our patients. We are happy to hear that he is doing well.”

Wharton’s heart problems began at just 4 days old when doctors at his local hospital in Maryland found that he had an enlarged heart. Doctors performed a procedure to repair his narrow heart valve when he was only a month old. Five years later, his pediatric cardiologist referred him to UAB for an aortic valvotomy, a procedure that widens narrow heart valves.

At the age of 11, Wharton was diagnosed with subacute bacterial endocarditis, an infection of the lining of the heart, and a blood clot that had formed in his kidney. Two years later, he started experiencing chest pains, and after further examination, his physicians decided it was time for a double heart-valve replacement.

“Dr. Pacifico was a world-renowned surgeon who was known for his proficiency, technical skills and excellent outcomes in the most complex cardiac surgical procedures,” Davies said. “Dr. Pacifico dedicated himself to the field of cardiothoracic surgery and devoted his career to studying and perfecting his surgical technique in order to provide exemplary care for each of his patients.”

After Wharton had his third open-heart surgery, Wharton’s family was afraid that he would not be able to live the normal life of a teenager. Within a year of his surgery, he had earned his black belt in karate, began playing basketball and even won an award for being the most courageous athlete. Years later, he was participating in weightlifting meets, running 5Ks and playing college basketball. 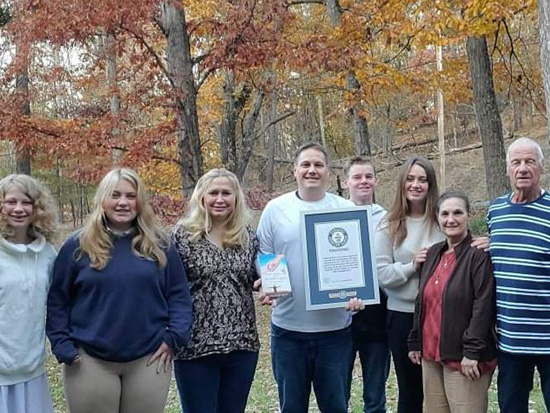 “I am just so thankful that God spared my life and for the role that UAB played in that,” Wharton said. “I am living proof that you can have a full life after this procedure, and I hope people can find comfort in that.”

Today, Wharton is a husband, a father of four and a hospice chaplain at the University of Pittsburgh Medical Center of Western Maryland. Wharton says he has lived what many would consider a normal life unaffected by his childhood heart conditions. He has made it his mission to use his purpose to help others make it through difficult times.

“In my role as a hospice chaplain, I hope to use my story to help others make it through similar experiences,” Wharton said. “We never thought that I would have the life I have today, and when I get the chance to share my experience with others like me, I wish to give them hope for the future.”